From the year 2007, when both the first iPhone and Android were released, the touch interface has become commonplace. They were certainly not the first mobile phones with a touch interface, this first was for the IBM Simon in 1992.

In the past 13 years, the touch interface has been integrated in such a way that it is strange if there are no touch capabilities on a graphical display.

Optical, resistive or capacitive
The detection of a finger on a display can be realized by means of various techniques. For example optically where infrared light is shone into the display glass and the contact on the glass can be detected, or by means of two plastic foils provided with a conductive layer. At the point of contact, the two foils make contact and by measuring the resistance, you can determine where the contact takes place.

Practical example
The Echtermann eQ is a nice practical example of a display with Touch interface designed by Betronic. If you want to know more about the different display technologies and how we make the selection of a display, read the following article 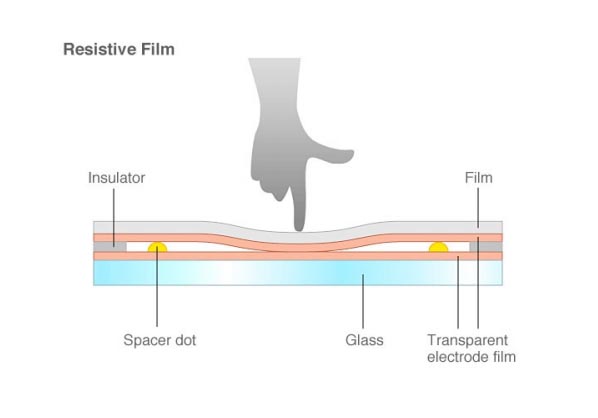 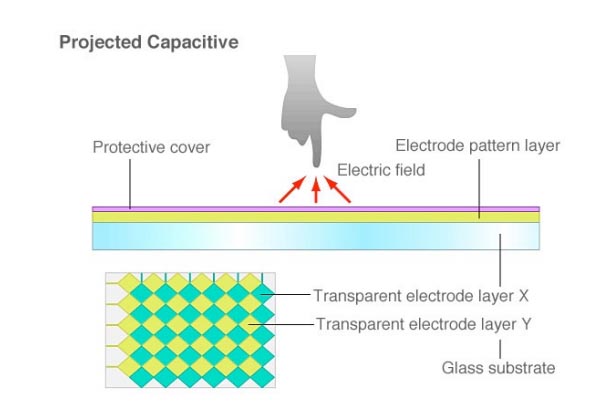